The Way Training Center is a compassion ministry birthed out of Northside Assembly of God in Crowley, LA. Ryan Post, Gerard Morgan, and Josh Scanlan recognized the effect the drug epidemic has had on the community of Crowley and the surrounding areas. The three of them have always had a deep desire to help people through compassion ministry. These men put their heads together and formed a dream. A dream of a place in the community where people who feel hopeless due to addiction can find hope and purpose in life. November 8, 2015 the dream became a plan, and together with the individuals of Northside A/G, this team began to raise funds for a better tomorrow. The vehicles of change took on many faces. Some of the fundraisers consisted of burger sales, 5Ks, t-shirt sales…all with one goal in mind a place for people to find freedom from the effects of drug and alcohol addiction. 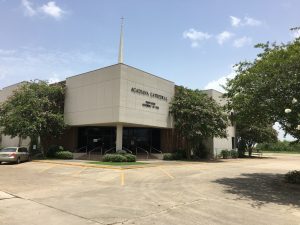 Finally, by October of 2017 this group raised enough money to purchase a building. The men agreed that it would be wise to begin a micro-enterprise, a means of continued funding. They began a resale-store called The Way 2 Thrift. The team operated this store until February 2018 and it was time to begin working with students. The Way Training Center accepted its’ first student on February 9, 2018. Since then The Way has seen many men walk through the doors in bondage to addiction. Through time we watch as God delivers them from bondage. He uses the program to train and prepare them for life. The Staff is used by God to empower men to become husbands, fathers, brothers, tradesmen…and so much more.